I’ve been involved with Lytham St Annes And Fylde YMCA Football Club (let’s just call it the YM) for 6 years now as a parent of an under 8 to current coach and parent of the Under 13. The YM has a history of producing good quality football teams in the Fylde area competing in the Poulton & District Primary League and Blackpool & District Junior Football League. Our side has just won the under 13 league and this weekend over the 25th and 26th competed in the Bolton Wanderers Junior Football tournament Under 13s. 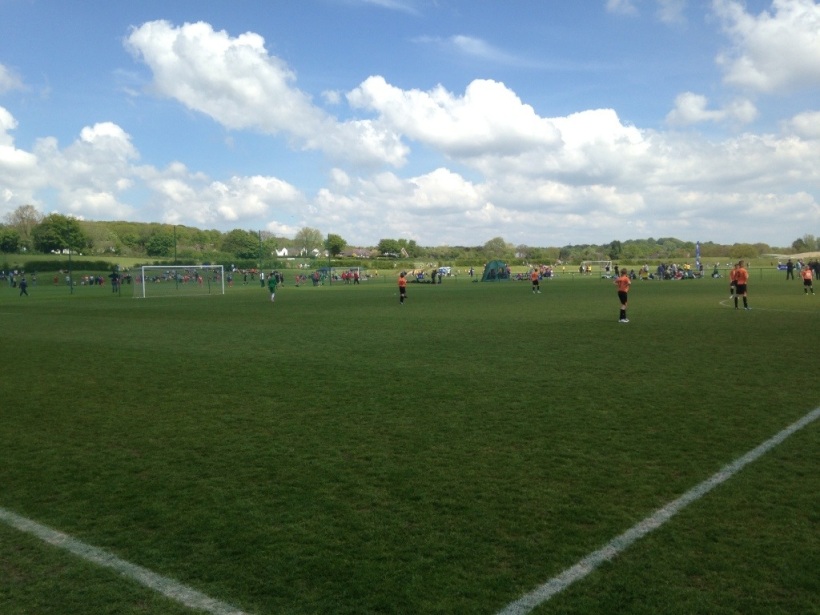 Over the years I’ve been involved in several of these tournaments and managed the team to success in 2 of them. This weekend, our manager Duncan, stayed firmly in charge but for once also we were lucky with the weather as the sun shone for the duration of the tournament with something of a northerly breeze providing just enough freshness to stop the atmosphere becoming unbearable. In our under 13 age group 10 teams were split into 2 groups of 5 with the top 4 teams assured of entering the knock out stages the following day with other reduced trophies still to compete for amongst teams eliminated along the way. All the group matches on day 1 and knock-out games up to the semi final were played at Wanderers’s Academy training complex in Lostock, not far from their Home Ground Reebock Stadium. And very impressive it was too with pristine pitches cut like billiard tables with barely a worn patch to be seen.

We kicked off our 1st match at 10am against a team called Shootstar Academy from somewhere from the North West and found ourselves a goal down after only a few minutes. The matches only lasted 25 minutes so it was important for us to hit back quickly and we managed to forge an equaliser before the break and scoring a second in the 2nd half to win the match quite comfortably 2-1. Similarly our 2nd match was against a team called Real Sports from the Stockport area who we again beat quite comfortably 2-0. At 12 noon we were pitted against a team called Hearts who as we suspected were the under 13 Academy side of Scottish Premier League side Heart Of Midlothian. This was our 3rd game of the day and Hearts’s 2nd and after we conceded a late goal in the 1st half to go 1-0 down at the break our opponents rather ran rings round our tired looking players in the 2nd half scoring another 3 to give us quite a rude awakening and a 0-4 defeat. The players suddenly looked flushed and jaded and looked like they were struggling against a pacy and well drilled professional outfit. Afterwards we chatted with the friendly Hearts coaches who were clearly better qualified than we were, trained 3 to 4 times a week for 2 hours at a time against our 1 hour a week on half a football court and had all the facilities, back up and coaching that our amateur club simply doesn’t have the resources to match. But, we picked ourselves up to play our final match of the day to beat a side called Woodbank from Bury who we beat with some aplomb, 5-0. Our 3 wins and 1 defeat at least guaranteed us 2nd place in the group which would assure us of a place in the knock-out stages to play the team finishing third in the other group in the quarter final.

After a good night’s sleep we returned to Lostock the following day for our 1st match at 11am against a team called FFPC (I think). We really took the game to them and should have won more comfortably than the 1-0 score line suggested but it set us up for a semi-final tie against Bridport from Wales with the incentive of a place in the final to be played at Bolton Wanderers’s Reebock Stadium. We seemed to be improving with every game and saw off Bridport 3-0 to set up a final tie at the Reebock against the team which trounced us yesterday; Hearts.

There was a good 3 hours before the final, scheduled for kick of at 5.30pm so we grabbed something to eat from the burger van and sat with the other parents and players chatting in the sunshine. We drove the short distance to the Reebock and had another drink at KFC at the shopping plaza adjacent to the stadium before making our way inside. The 26,000 seater stadium looked more magnificent from the inside than Blackpool FC’s Bloomfield Road Ground where we have played twice previously but we lost the toss which meant we were given the ‘away’ changing room. I had heard that Bolton’s changing room for the away team is designed to have a psychologically negative impact on the team using it because it is drab and has the treatment table right in the middle in view of the players. No matter, our players readied themselves and Dunc, Jon and I gave them as rousing a team talk as we could. We had already seen the Hearts team walking round the stadium in their track suits and Beats headphones slung round their necks, a lot like the pros do but we were still in our shirts but really ready to give it all. 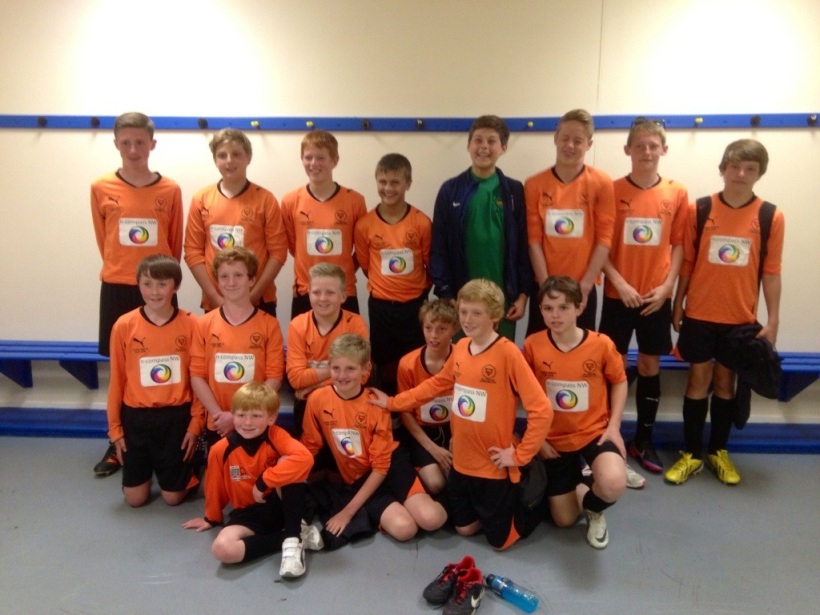 We had time to go outside for a stretch and a warm up before returning to the changing room and re-emerge on to the pitch to the cheers of the parents and families who had come to watch. I had had to return to my car because I forgot H’s football boots but touched them against my lucky stones that had belonged to his mother which he wore for the match.

We got off to a great start taking a 1-0 lead in the early minutes which helped settle the players’s nerves and we began to play some superb football threatening with pace down the flanks, moving the ball swiftly along the length and breadth of the pitch and showed a solidity in defence. We had made some changes to the team from yesterday and some of the players who weren’t at their best on Saturday were in top form for the final. Before the game I thought it was unfair that a professional academy side should be allowed to compete against our amateur sides with all the resources at their disposal but in the final our players peaked at just the right time and went into the half time break with our deserved one goal lead intact.

We started the 2nd half as we ended the first and doubled our lead following another attack down the flanks and a deft flick from our leading scorer to put us 2-0 up. Wow! This was going better than we had dared to imagine but we were soon brought back to Earth as Hearts pulled a goal back within seconds to set the nerves jangling again. But we needn’t have worried as our players redoubled their efforts and we were in dreamland again as we cleared a Hearts corner and set off on the attack for our striker to score a third goal for us with a superb lob over the stranded keeper and put us in dreamland. We restricted Hearts to some long range shots but as the referee’s final whistle blown we celebrated wildly what was one of the most amazing sporting triumphs any of us had ever had the privilege of being involved with. 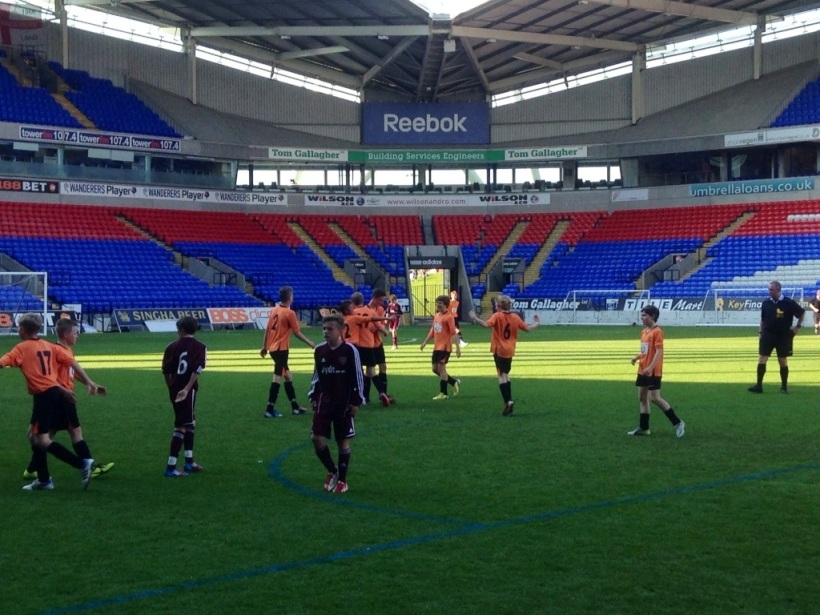 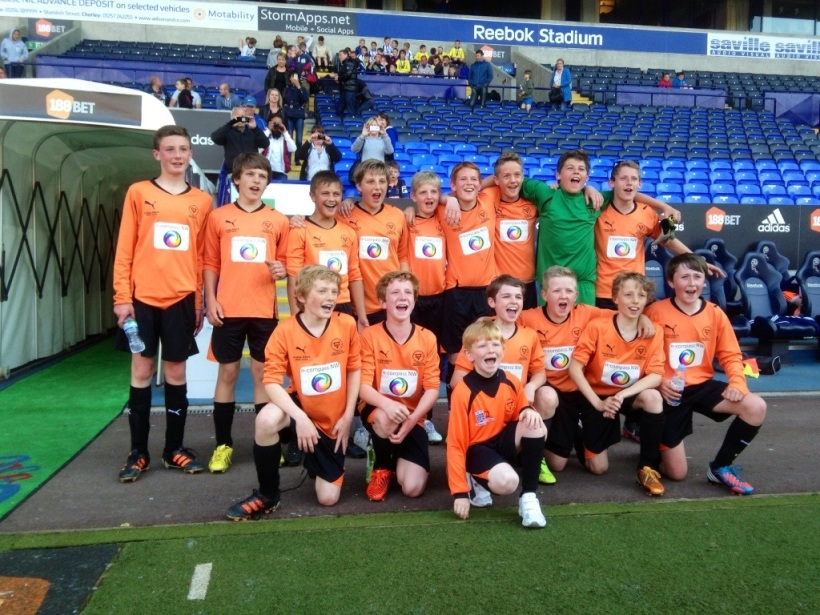 For my son and me, we haven’t missed a game with the YM since our very first under 8s match and although we have won at least one trophy every season this victory in a game we very much felt the underdogs in was amongst the most satisfying. The Hearts coaches and players were gracious in defeat but after a glorious weekend and 2 days of football it was our honour to celebrate again on what was a day none of us involved shall ever forget.